"We have employed the Eilon system for well-over two years. It has performed flawlessly. We use the wireless monitoring and check our tablet every time our loads move.
We have multiple motor points suspending our large LED walls and ensuring that all loads are properly balanced at all times is of critical importance. Other than a battery
change once every six months, there have been zero maintenance issues. If I needed any support, Eilon technical specialists are always a call away. Parts, replacements,
or additional units are a two day FEDEX away."

"We were excited to become aware of the Eilon load cell system in 2007. We had initially been using Analogue Dynamometers when we had critical loads, which required that a climber visit the truss for every read.
In the early nineties we purchased a wired load cell system, which was a fantastic improvement. I recall being delighted that I could effectively watch someone walk across the truss while just staring at the display, because the readings were instantaneous.
The wired system had its problems though. It was time consuming to install, and small wires at the intersection of moderately large forces, is a recipe for problems.
Enter the Eilon system, with robust Dynos which were almost as small as the wired ones, software which provided a far better visualization of the structure(s), and vastly improved data presentation.
We started in late 2007 with a purchase of eight, but in early 2008 bought eight more as we saw how well they were fulfilling our needs.
We made a larger purchase in 2012 which gave us the ability to field three separate systems, with a total of forty eight three ton Dynos.
For our purposes the three ton has been the best capacity increment, although we did buy twenty ten ton Dynos for a specific project.

Over the years we have seen a steady improvement in both the software and hardware, and I feel that they have always responded well to critical feedback.
Whenever I encountered aspects of the system which made my life harder, I felt free to convey this to them, and I find myself now with no complaints, and a system which is about as easy to use as can be.

I have likened it to the difference between an old PC and an iPad. With the PC you were forced to conform to the needs of the computer in order to use it, whereas the iPad felt as though it was making life easier straight away.

The Eilon system, after it has been set up, stays out of the way and does its job, leaving me free to perform the myriad other tasks which I have on any given project."

"On behalf of the Center, I would like to thank you for a wonderful product. The Ron StageMaster 6000 G4 load cells we purchased last year have been a tremendous benefit to our operation"

“It’s a type of insurance and at the end of the day gives peace of mind. We are very satisfied not only with the Ron StageMaster load cells we own but even more with the good support and constant development from Eilon Engineering.”

“If use of a load monitoring system like the Eilon Ron StageMaster system had been applied in Italy from the beginning, beyond the necessary Ministry Code for safety, we would definitely have saved a few lives.”

“For the Moon Man set up at the MTV’s 2013 VMAs we considered it essential to include Eilon’s Ron StageMaster Wireless Load Cells on each two ton, to monitor the loads as they were applied. The dependability and simplicity of the system gave the near-instant feedback which was needed to avoid damaging the building, or the support grid.”

Udo Oerther
Head of the SAG in Nuremberg

“The Load Cells are excellent and of sturdy construction, resistant and easy to operate just as the software.
We believe that as a purchase option they are of absolute reliability, easy to use, with precise and constant readings and most definitely a major safety argument for the flying of all types of equipment at major events.
Thank you for all the support!”

“In the large Production “Game Maker” the venue had never staged a production show before. Normally used as a sports and recreation center, the venue was a bit of a question mark when it came to the technical specification, including all-important load limits.
The Ron StageMaster load cells solved our problem perfectly,” stated Dorottya after the shows. “They were so precise and helped us in so many ways during the rigging procedure. They were an important piece of a comprehensive system that made things safer and gave everybody involved peace of mind.” 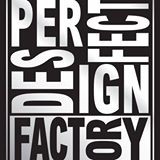 “We used Ron StageMaster Load Cells for Repositioning of Refurbished Isaac Theatre Royal Dome Ceiling Ruined in 2011 Earthquake in New Zealand
The use of load cells in this application means peace of mind for engineers, architects and builders involved in this potentially hazardous process.”

“We have been using the Ron Stage Master 6000 (RSM) wireless load monitoring system here at Esplanade – Theatres on the Bay since April 2008.
Health and Safety plays a constantly growing part of our daily lives, the Ron StageMaster has shown to be a versatile and accurate aid by giving us information we have not had previously.
This system has increased our safety as well as the knowledge of the actual forces at work in our daily rigging activities.“